Some hard-core traditional Japanese culture, in a small convenient package

This is quite possibly the most famous yojijukugo in Japan. I’m not entirely sure how it took me so long to get around to it.

Notes: 一期 is “one lifetime”; 一会 is “one encounter.” The nonstandard readings, even among the set of available Chinese-derived pronunciations (期 is often read ki, and 会 is often kai), mark this phrase’s roots in Buddhist terminology and thought – but it doesn’t come to us from an ascetic monk. Rather, this four-character compound is said to come from a saying by one of the disciples of the tea-ceremony master known as Sen no Rikyuu, during the late 16th century. I could go on – this phrase unfolds and unfolds and unfolds into so many areas of Japanese history and culture – but perhaps the rest should be left as an exercise for the reader. 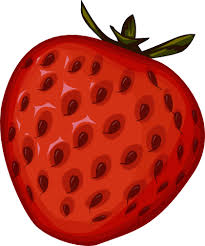 This yojijukugo‘s become a commercial product too. Picture almost unrelated.

I love the written word more than anything else I've had the chance to work with. I'm back in the States from Japan for grad school, but still studying Japanese with the hope of becoming a translator -- or writer, or even teacher -- as long as it's something language-related.
View all posts by Confanity →
This entry was posted in Japanese, Yojijukugo and tagged Buddhism, encounter, tea ceremony, 一期一会. Bookmark the permalink.

1 Response to Some hard-core traditional Japanese culture, in a small convenient package