Technically this post includes all the other posts I will ever have made….

Alternately: All of nature. Everything in existence.

Keep in mind that the number 万, while literally meaning “ten thousand,” stands for any uncountably vast numbers or even infinity. So the latter two characters technically contain the whole meaning of the phrase. The first two characters evoke an image of a vast overgrown forest, provide a sort of concrete metaphor for the vastness, density, and interconnectedness of “everything.”

Notes: Apparently banzou or manzou, while very rare, may also be considered acceptable readings of the final two characters. However, manshou is incorrect.

This four-character compound is taken from the Dhammapada, a Buddhist scripture supposedly comprising various sayings of the Buddha. 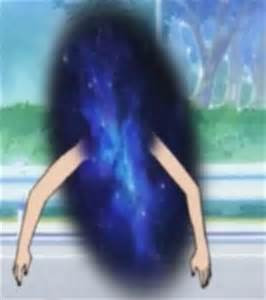 I love the written word more than anything else I've had the chance to work with. I'm back in the States from Japan for grad school, but still studying Japanese with the hope of becoming a translator -- or writer, or even teacher -- as long as it's something language-related.
View all posts by Confanity →
This entry was posted in Japanese, Yojijukugo and tagged Dhammapada, everything, Excel Saga, exitence, 森羅, 万象. Bookmark the permalink.

1 Response to Technically this post includes all the other posts I will ever have made….