Alternately: A very short span of time. Alternately, incredible speed of motion. “Lightning-flash and sparks (struck from a stone),” as examples of things that happen quickly.

Notes: The parts can also be given in reverse order, 石火電光 (sekka-denkou). Apparently some people write sekka as 石下 (stone – down), but this loses the meaning of sparks and is an error. 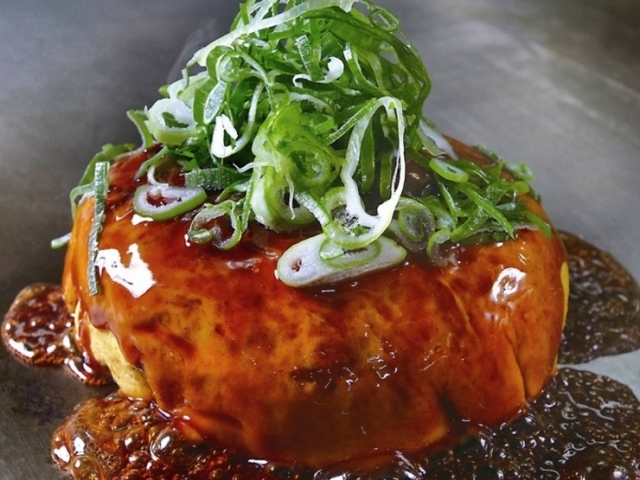 So all the top results of the image search were for this oddly hamburger-shaped okonomiyaki. I’m sure there’s a perfectly reasonable explanation somewhere.

I love the written word more than anything else I've had the chance to work with. I'm back in the States from Japan for grad school, but still studying Japanese with the hope of becoming a translator -- or writer, or even teacher -- as long as it's something language-related.
View all posts by Confanity →
This entry was posted in Japanese, Yojijukugo and tagged 石火, 電光, lightning, okonomiyaki, quick, sparks, speed. Bookmark the permalink.