Everybody was cabbage-frying; those spatulae were fast as lightning

Alternately: As quick as lightning or sparks struck from a stone. Doing something with incredible speed, or something happening in an extremely short span of time.

Notes: Apparently some people replace 石火 with a homophone such as 石下, but this is an error.

This compound is attributed to a 13th-century history of zen Buddhism in China known as the 五灯会元. 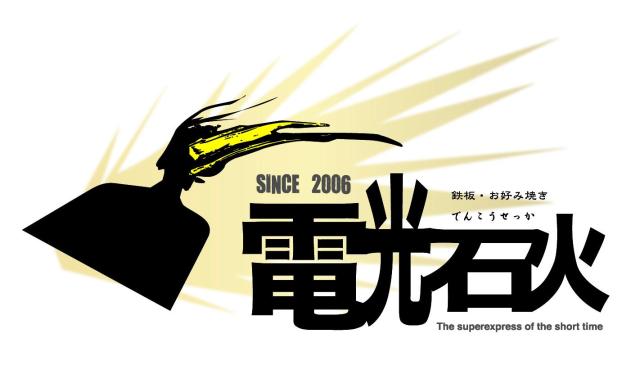 Also the name of a Hiroshima okonomiyaki restaurant chain, where presumably they take “fast food” to the next level. That dustpan-looking shape on the left is actually a spatula.

I love the written word more than anything else I've had the chance to work with. I'm back in the States from Japan for grad school, but still studying Japanese with the hope of becoming a translator -- or writer, or even teacher -- as long as it's something language-related.
View all posts by Confanity →
This entry was posted in Japanese, Yojijukugo and tagged 石火, 電光, lightning speed, okonomiyaki, sparks. Bookmark the permalink.

2 Responses to Everybody was cabbage-frying; those spatulae were fast as lightning