Better than “Six days a sacrifice”

And on the morning of the third day, he said, “Ugh.”

Alternately: Giving up on something after only trying it out for a little while. Alternately, someone who has trouble sticking with their projects over the long term. Literally, a “three-day priest.”

Notes: The “three days” part is supposed to represent a short span of time rather than a specific measure. More interesting, though, is the term bouzu: as the individual character meanings imply, it originally referred to the head of a group of (Buddhist) priests. Over time, it came to refer to such priests in general in a somewhat intimate or mocking way. Eventually, this was further applied to boys, for whom a (monk-like) very close haircut had become common after the importation of clippers and the banning of traditional topknots during the Meiji era. 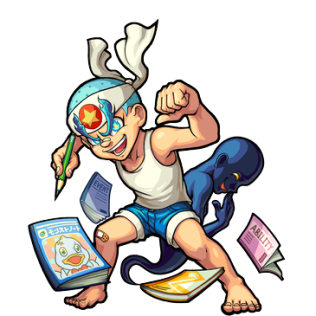 Third day – eyebrow-power has subsided and the third eye is sleepy.

I love the written word more than anything else I've had the chance to work with. I'm back in the States from Japan for grad school, but still studying Japanese with the hope of becoming a translator -- or writer, or even teacher -- as long as it's something language-related.
View all posts by Confanity →
This entry was posted in Japanese, Yojijukugo and tagged giving up, haircut, three-day priest, 坊主, 三日. Bookmark the permalink.

1 Response to Better than “Six days a sacrifice”