Because as anime shows, all Japanese people are connected to interdimensional reservoirs of fluids.

Alternately: Breaking into a cold sweat due to extreme fear or embarrassment.

The final character may also be pronounced voiced, as do. A synonymous compound replaces汗 with mere 水 (sui), “water.” 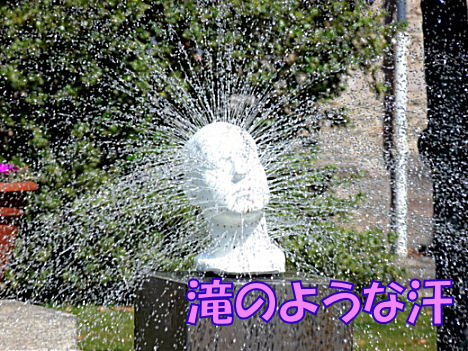 I love the written word more than anything else I've had the chance to work with. I'm back in the States from Japan for grad school, but still studying Japanese with the hope of becoming a translator -- or writer, or even teacher -- as long as it's something language-related.
View all posts by Confanity →
This entry was posted in Japanese, Yojijukugo and tagged cold sweat, embarrassment, fear, Squirtle, 冷水, 冷汗, 三斗. Bookmark the permalink.