Nice while it lasted

Alternately: Good morals, ethics, and deeds. Someone’s thoughts and actions both being beyond reproach.

It was really, really pleasant having a leader who was not just ethical, but thoughtfully and carefully so, for nearly a decade. Already I miss the peace and stability of an administration full of good intent and free of greed and scandals. Thanks, Obama. 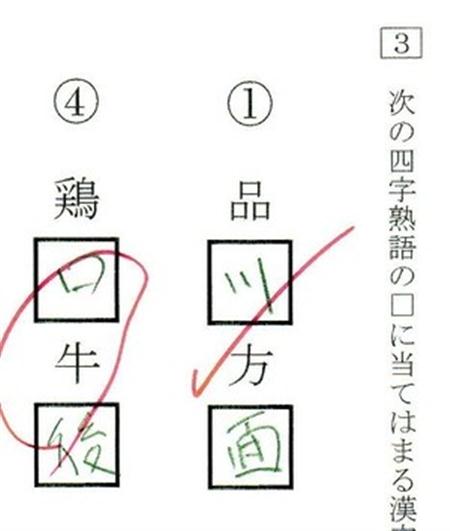 The joke is that some kid was supposed to fill in this compound on a test, but wrote 品川方面 (Shinagawa houmen, “Headed for Shinagawa”).

I love the written word more than anything else I've had the chance to work with. I'm back in the States from Japan for grad school, but still studying Japanese with the hope of becoming a translator -- or writer, or even teacher -- as long as it's something language-related.
View all posts by Confanity →
This entry was posted in Japanese, Yojijukugo and tagged ethical, moral, proper, Thanks Obama, 品行, 方正. Bookmark the permalink.