Maybe later; not yet and not now

Alternately: Something is unmatched from the past to the present. A quality (often, but not always, greatness) is unequaled at any time in history, right up to the present moment.

Notes: 古今 does not simply mean “past and present,” as one might guess from the characters’ meanings; it refers to the entire span of time. There are a number of four-character compounds beginning with 古今, including several synonyms to this one. (For example 古今無比 (~.hi), in which the character 比, which replaces 双, means “compare.”) 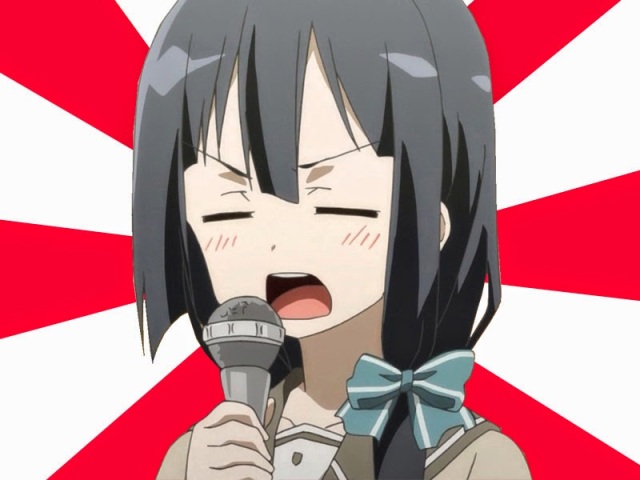 This yojijukugo appears in a war song from the very early Meiji Era, at the time of the Satsuma Rebellion. Something like it is being sung by this anime girl, because that’s new.

I love the written word more than anything else I've had the chance to work with. I'm back in the States from Japan for grad school, but still studying Japanese with the hope of becoming a translator -- or writer, or even teacher -- as long as it's something language-related.
View all posts by Confanity →
This entry was posted in Japanese, Yojijukugo and tagged 無双, 西南戦争, jingoism, Satsuma Rebellion, unequaled, unmatched, 古今. Bookmark the permalink.

1 Response to Maybe later; not yet and not now