The playground of Tengu!

Alternately: The world above the sky (the heavens) and the world below the sky (the earth). Also, the space between heaven and earth. The whole world.

Notes: Reading 下 as ge instead of ka is somewhat unusual; this use of the “Wu sound” marks the phrase’s antiquity and ties in with its Buddhist origins.

This phrase apparently sees less usage on its own than its partner 唯我独尊, or compounds with comparable meanings like 有象無象 or 森羅万象, but it sure did get made into a manga about… supernatural punching, I think? And swords and stuff. 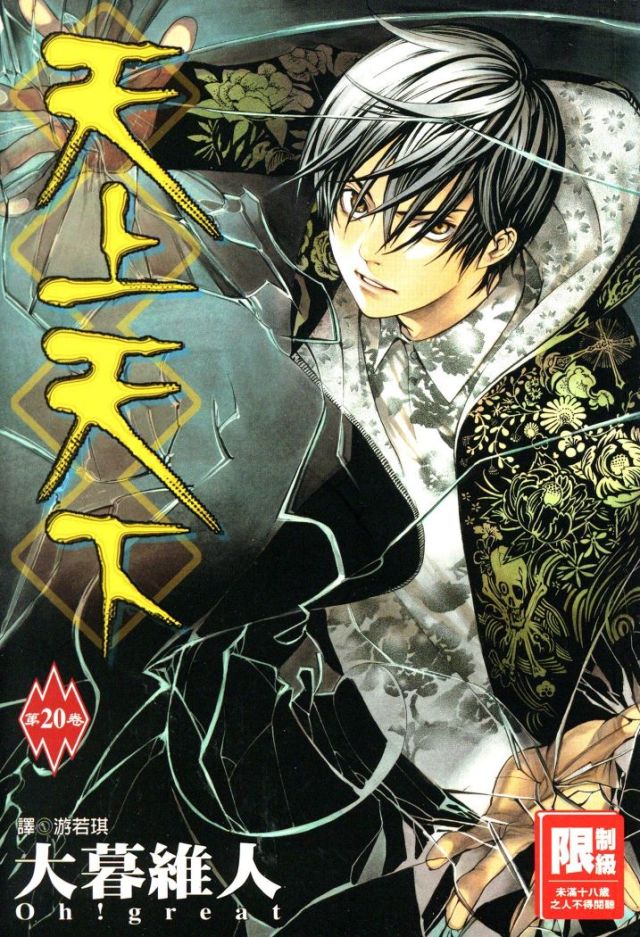 I love the written word more than anything else I've had the chance to work with. I'm back in the States from Japan for grad school, but still studying Japanese with the hope of becoming a translator -- or writer, or even teacher -- as long as it's something language-related.
View all posts by Confanity →
This entry was posted in Japanese, Yojijukugo and tagged Buddhism, everything, 錠阿含経, fighting manga, the world, 天上, 天下. Bookmark the permalink.