But what do you do with half a hemp-tangle?

Throw water on it, maybe

Notes: 快刀 is a sword with a good cutting edge; 乱麻 is a tangle of hemp thread or yarn. The yojijukugo can also be expanded to the phrase 快刀、乱麻を断つ (Kaitou, ranma wo tatsu), where 断つ is “to cut (off).”

This compound comes from a story in the Book of Northern Qi (北斉書, in Japanese Hokusei sho), a Tang-era history by Li Baiyao. It’s said that the father of Gao Yang – later Emperor Wenxuan – gave him a tangled ball of yarn to test his intelligence. Instead of trying to work it out the hard way, Yang took the Gordian-knot solution by cutting the tangle apart with his sword.

Replacing either half of this phrase with any homophone, such as 怪刀 (not a common word; literally “strange sword”) or 乱魔 (similarly, “wild demon”), is considered an error. 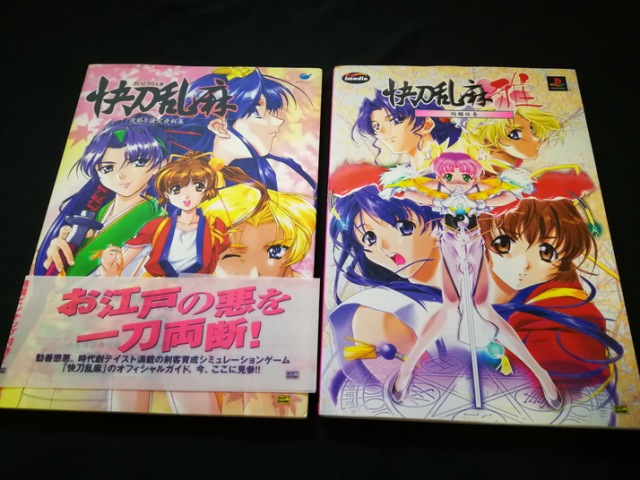 Not the “Ranma” I first thought of; this was the title of a pair of video games, later made into an OVA (Original Video Animation: a direct-to-video animated miniseries).

I love the written word more than anything else I've had the chance to work with. I'm back in the States from Japan for grad school, but still studying Japanese with the hope of becoming a translator -- or writer, or even teacher -- as long as it's something language-related.
View all posts by Confanity →
This entry was posted in Japanese, Yojijukugo and tagged Book of Northern Qi, problem-solving, skill, 北斉書, 快刀, 乱麻. Bookmark the permalink.