Turns out it doesn’t matter, though

All you need to do is get mad at the people who caught you doing the crimes!?

Notes: This relatively recent coinage comes to us from the title of a 1966 crime novel (and the film it was made into in 1968) by Yuuki Shouji (pen name).

As always, the doubled character may also be written out fully, if that’s your jam. 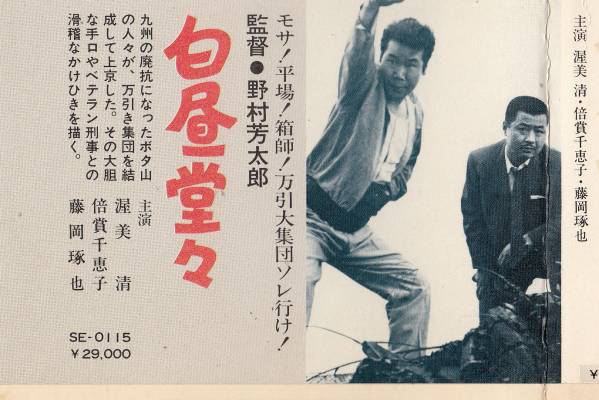 I love the written word more than anything else I've had the chance to work with. I'm back in the States from Japan for grad school, but still studying Japanese with the hope of becoming a translator -- or writer, or even teacher -- as long as it's something language-related.
View all posts by Confanity →
This entry was posted in Japanese, Yojijukugo and tagged blatant crime, broad daylight, current events, 白昼, 結城 昌治, Yuuki Shouji, 堂々, 堂堂. Bookmark the permalink.