No rank, no file

It gets you off the grid!

Alternately: An ordinary citizen. Having no special prestige from rank, title, official position, or status.

Notes: A variant phrase replaces 冠 with 官 (also pronounced kan!), “bureaucrat.” The meaning is essentially the same, although 冠 suggests aristocratic status while 官 emphasizes government office – keep in mind that the two were essentially indistinguishable for much of Japanese history. 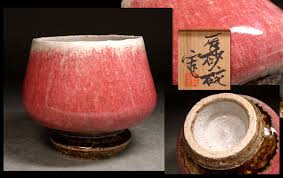 The phrase seems to have been used by a number of pottery producers.

I love the written word more than anything else I've had the chance to work with. I'm back in the States from Japan for grad school, but still studying Japanese with the hope of becoming a translator -- or writer, or even teacher -- as long as it's something language-related.
View all posts by Confanity →
This entry was posted in Japanese, Yojijukugo and tagged 無冠, 無官, 無位, no rank, nothing special, ordinary. Bookmark the permalink.