Alternately: This is the name of a Buddhist ceremony in which the eyes are added to a Buddhist sculpture or image, completing it and investing it with a soul. By extension, it can refer to a number of related ceremonies, including the consecration of an in-home Buddhist altar or a grave site.

Notes: Buddhist terms often use unusual readings, and this is no exception. Reading 眼 as gan, or 供 as kyou – the more common Chinese-style pronunciations for these characters – is considered an error. 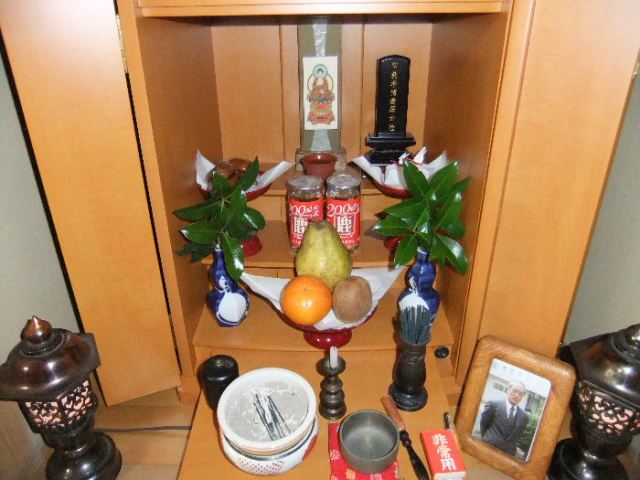 I love the written word more than anything else I've had the chance to work with. I'm back in the States from Japan for grad school, but still studying Japanese with the hope of becoming a translator -- or writer, or even teacher -- as long as it's something language-related.
View all posts by Confanity →
This entry was posted in Japanese, Yojijukugo and tagged animism, Buddhism, 開眼, memorial ceremony, 墓, 法要, 仏画, 仏像, 供養. Bookmark the permalink.