Talking through your hat

Things are the opposite of how they should be. Left is right, dogs are cats, up is down, people wear hats that don’t match the season, and elected officials who used to claim they cared about the law are openly supporting and defending a criminal.

We begin three characters in with the noun 笠 (kasa), your classic conical hat, compounded with and modified by verb-stem-acting-as-noun 編 (here ami), “knit,” “braid.” The woven hat is further modified by noun 冬 (fuyu), “winter.”

Similarly, the latter noun phrase centers around 巾 (kin), a rectangle of cloth, modified by noun 頭 (here zu), “head,” and this compound in turn modified by the noun 夏 (natsu), “summer.”

The two compound nouns are joined by particle に (ni), apparently functioning as a directional particle and thus literally “to,” but better read in the sense of “added to,” i.e. “and.”

Wide-brimmed woven hats allow a breeze through and keep off the hot sunlight; a zukin essentially serves the same function as a stocking cap, although as a piece of cloth wrapped around the head it can take a variety of shapes. 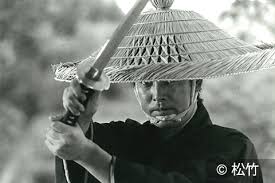 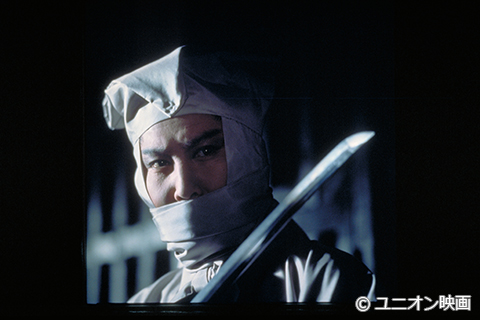 One style of zukin, from the same show 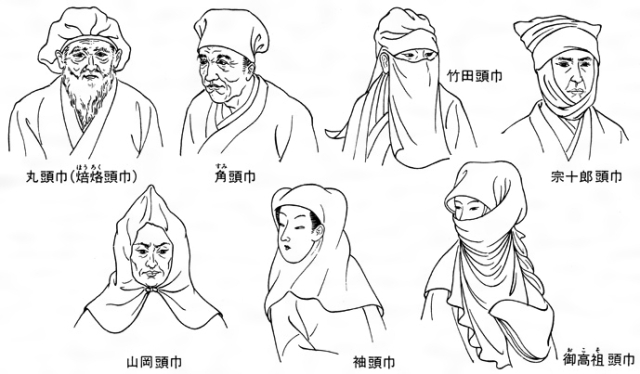 A selection of zukin styles from Kotobank, including possibly the dorkiest hood ever

[“For that irresponsible a-hole to have so much power, everything is upside-down and backwards. With this, our whole organization is in desperate straits.”]

I love the written word more than anything else I've had the chance to work with. I'm back in the States from Japan for grad school, but still studying Japanese with the hope of becoming a translator -- or writer, or even teacher -- as long as it's something language-related.
View all posts by Confanity →
This entry was posted in Japanese, Kotowaza and tagged 47 Ronin, backwards, 笠, 編笠十兵衛, 逆さま, 頭巾, hats, irrational, samurai drama, upside-down. Bookmark the permalink.