A road to gaming

As part of my nefarious secret plot to induct my kids into the joy of nerdy gaming, I’ve been introducing The Kid to various activities in that vein for a while now. This actually began when he was still 2, with two board games:

But even many households where D&D and the like are shunned will still indulge in board games, especially for children. The same can be said for what came next: mazes. As a gamer I keep a supply of grid paper, and last spring and summer I spent several weeks drawing mazes for him to solve; he tended to draw a line exploring every possible route before asking for another.

I also added storytelling to The Kid’s bedtime routine. He likes stories about robots, dinosaurs, and the adventures of チーズ婆さん (Chiizu baasan), “Grandmother Cheese.” It was easy – natural, in fact – to turn this into group storytelling by asking him to provide details: what the adventurer’s favorite food was; which way the robots turned in their search for the missing humans; what animal brought Grandmother Cheese the ingredient she needed.

And finally, now that he’s five-almost-six, I’ve added dice and The Kid is engaging in most people would recognize as RPG play. The “system” we use is an ultralite of my own invention, although for those familiar with various systems its DNA should be clear enough. The rules are as follows:

First, you make a character. Give your imaginary avatar a name, a mission, and any other characteristics you want, and then fill out their Mechanically Meaningful Stats:

– and then looking at the result –

And that’s all there is to it! The whole game, both rules and character sheet, fit on a single index card with room left over for notes.

Even better, UDAR (a name that I literally just came up with while writing this post) was a hit! The Kid has gone on multiple expeditions to search for dinosaurs, gotten into a couple of memorable scrapes, and even done what comes naturally to many roleplaying gamers: he volunteered to take a turn as Narrator… and added some house rules of his own invention. I’m super proud, but the story will have to wait until a later post. 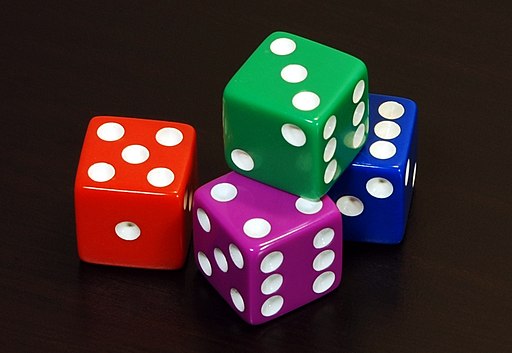 I love the written word more than anything else I've had the chance to work with. I'm back in the States from Japan for grad school, but still studying Japanese with the hope of becoming a translator -- or writer, or even teacher -- as long as it's something language-related.
View all posts by Confanity →
This entry was posted in Musing, Nonfiction and tagged invention, nerdery, RPG, social development, the kid. Bookmark the permalink.