The works of humankind – castles, towns, countries – may fall or be destroyed, but the mountains and rivers remain. Kings and kingdoms pass, but Nature endures. The phrase’s origins and implications suggest that war and unrest are the cause of the destruction at hand.

We begin with the noun 国 (kuni), “country.” Next a particle is elided, but context tells us that this noun is the subject of the verb 破れる (yabureru), “to break,” “to fall into ruin.” This verb appears in conjunctive form, which points us to the following clause. This in turn comprises the compound noun 山河 (sanga), “mountains and rivers,” and the copular verb 在り (ari), “to be,” in conclusive form.

This is from the first line of the poem 「春望」 (“Chūn Wàng,” Japanese “Shunbou,” commonly rendered in English as “Spring View”) by Chinese Tang-era poet Du Fu (杜甫, Japanese To Ho), whose work was enormously influential in both China and Japan. The latter part of his life saw massive war and unrest in the form of the An Lushan Rebellion.

Japanese drink company Sangaria, probably best known in the US for its distinctively-shaped ramune drink, is named after this poem! The final two characters are transposed; presumably ~garia had a better sound and rolled off the tongue more easily than ~ga’ari.

Replacing 破れる with homophone 敗れる (“to fail,” “to be defeated”) is an error. However, writing ari in all kana as あり is perfectly acceptable.

[“The people of the past were able to console themselves in times of sorrow with the words ‘The country is broken, but mountains and rivers remain.’ But now humanity, having invented landscape-shattering technology and extinction-level weapons, has lost even that.”] 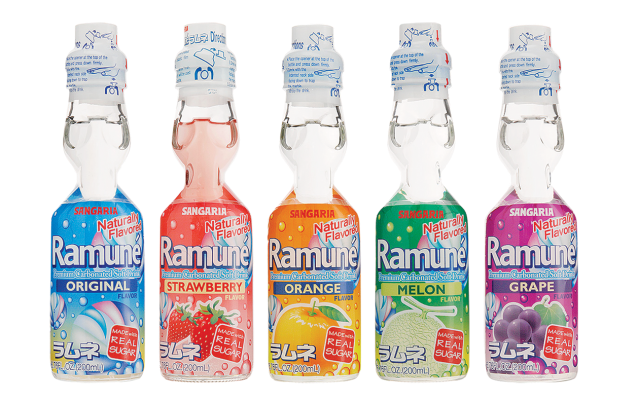 I love the written word more than anything else I've had the chance to work with. I'm back in the States from Japan for grad school, but still studying Japanese with the hope of becoming a translator -- or writer, or even teacher -- as long as it's something language-related.
View all posts by Confanity →
This entry was posted in Japanese, Kotowaza and tagged Chinese literature, Du Fu, endurance, existence, nature, ramune, transience, 国破れて, 國破山河在, 山河, 杜甫. Bookmark the permalink.