Alternately: Human-wave tactics. Assaulting enemy lines with an unsupported mass infantry charge in the hopes of overwhelming them with sheer numbers. By extension, any strategy of throwing large numbers of people at a problem in order to solve it through what mathematicians call “brute force.”

Notes: A close variant may replace 戦術 with 作戦 (sakusen), “tactics” or “strategy.” 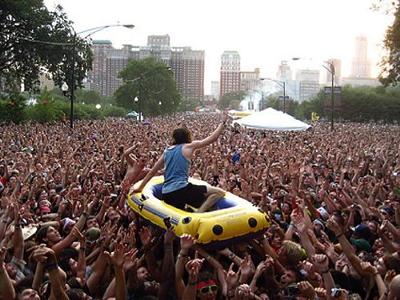 Sailing my boat on the sea of souls – Source

I love the written word more than anything else I've had the chance to work with. I'm back in the States from Japan for grad school, but still studying Japanese with the hope of becoming a translator -- or writer, or even teacher -- as long as it's something language-related.
View all posts by Confanity →
This entry was posted in Japanese, Yojijukugo and tagged brute force, human wave, military analogy, people power, strength in numbers, 戦術, 人海, 作戦. Bookmark the permalink.