But closer every day

Notes: This comes from our friend, the Classic of Poetry (Japanese 『詩経』 = Shikyou). The magpie is supposedly an especially good nest-builder, and the image is of its labor being taken by a bird thought to be especially bad at the task.

Apparently the original usage of this metaphor was mainly applied to a man’s social status and household being taken over by the woman who came to be his wife, but modern usage has been generalized into something less sexist. In a sort of halfway point, it can also apparently refer to someone living temporarily in someone else’s home.

The parts can be reversed to give 鵲巣鳩居. Another version uses this order but replaces 居 with 占 (sen, “occupy”) as its final character. 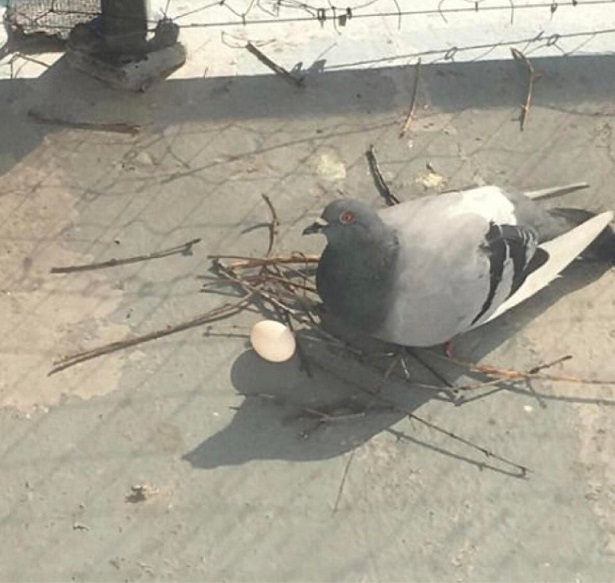 Pigeons can apparently be… very bad at nest-making. From Reddit.

I love the written word more than anything else I've had the chance to work with. I'm back in the States from Japan for grad school, but still studying Japanese with the hope of becoming a translator -- or writer, or even teacher -- as long as it's something language-related.
View all posts by Confanity →
This entry was posted in Japanese, Yojijukugo and tagged Chinese literature, Classic of Poetry, 詩経, 詩經, 鳩占, 鳩居, 鵲巣, magpies and doves, nest-building, stolen glory, undeserved status, 召南. Bookmark the permalink.