Yucky cause and yucky effect

Alternately: To fear and hate something. “Feelings of dread and aversion.” Afraid to a degree that makes you want to find a way to escape the situation.

Notes: This yojijukugo simply joins two two-character compound words together: 畏怖 is to recoil from something in fear; 嫌厭 is to dislike something enough that it shows in your attitude (a relatively high bar in polite Japanese society). Hundreds of millions of people around the world are feeling it right now because millions of people in rural USA felt it in response to a black man daring to be president. 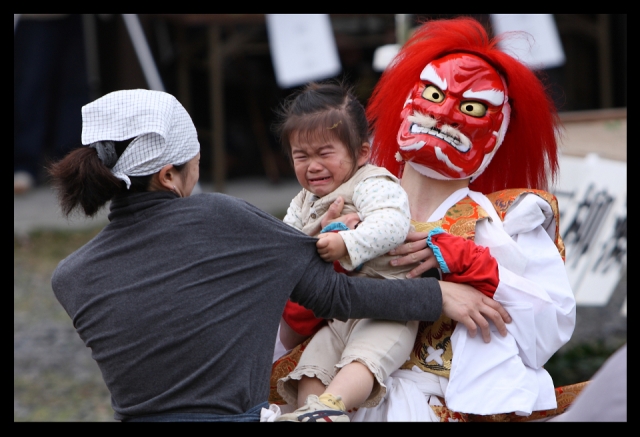 And now for a spot of humor! Little kids, amirite? (Source)

I love the written word more than anything else I've had the chance to work with. I'm back in the States from Japan for grad school, but still studying Japanese with the hope of becoming a translator -- or writer, or even teacher -- as long as it's something language-related.
View all posts by Confanity →
This entry was posted in Japanese, Yojijukugo and tagged aversion, cute babies, 畏怖, dread, fear, Trump's America, 嫌厭. Bookmark the permalink.