Alternately: Once you allow suspicion or fear into your heart, everything will start to seem menacing. Even though nothing is actually there, a doubting heart fills the darkness with monsters.

Notes: Normally I’d deal with 鬼 by leaving it as oni, but here my sources specify that the 鬼 character refers to the malevolent spirits of the dead – and the fact that we the living can work ourselves up into a state of terror over them even though they don’t really exist.

A more kotowazaesque version adds a particle and verb: 疑心暗鬼を生ず (gishin anki wo shouzu), i.e. the doubting heart “gives birth to” ghosts in the darkness.

This phrase comes to us from the Liezi (列子, in Japanese Resshi), which we’ve seen before. 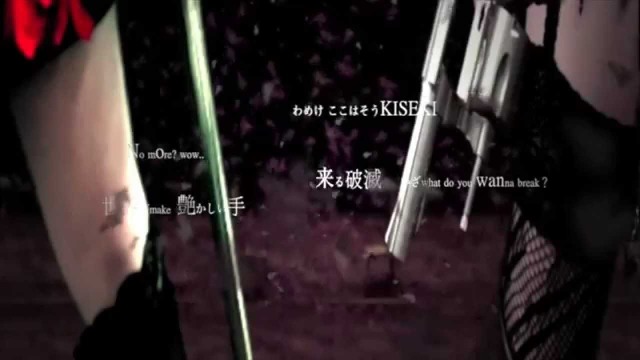 Also the name of a weird trippy Vocaloid song.

I love the written word more than anything else I've had the chance to work with. I'm back in the States from Japan for grad school, but still studying Japanese with the hope of becoming a translator -- or writer, or even teacher -- as long as it's something language-related.
View all posts by Confanity →
This entry was posted in Japanese, Yojijukugo and tagged 疑心, doubting heart, Liezi, paranoia, scared of the dark, UmetoraP, 列子, 暗鬼. Bookmark the permalink.